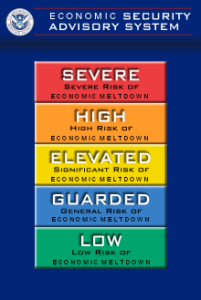 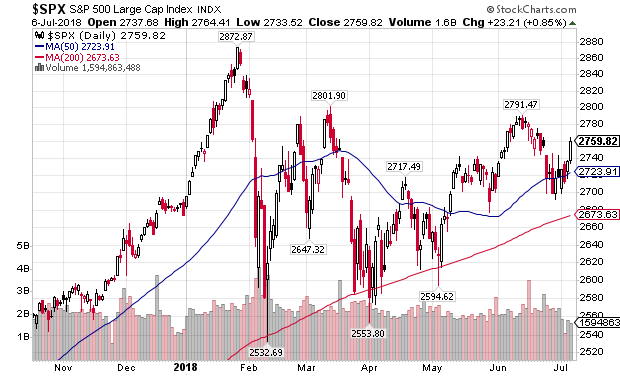 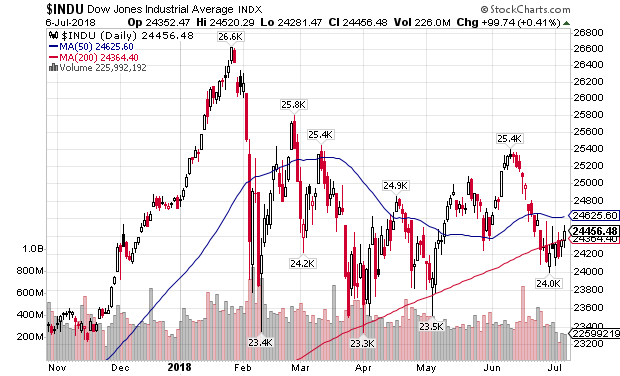 In early June I plotted this as a possible path for the NYSE Composite.

It had followed that projection until last week when it popped above support. Though not shown, the 200 day moving average is 12632, which it currently is barely above. My guess us that the NYSE will break down once again.

The Dow Utilities have staged a surprisingly strong rally as of late. For a while it looked like the Utilities was in an entrenched bear market but now it has rallied above the key 200 day moving average.

Long-term Elliott wave count from April 2009 to May 2017. The fifth wave is the final wave and it likely ended this past January.

This is the alternative (but lesser chance) scenario that may unfold. Though the chart is from early April, my alternative Elliott wave count is still the same. 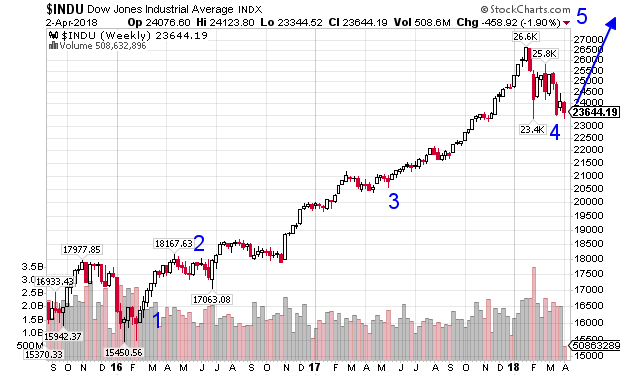 There is a 108 basis point (1.08 percent) difference between the 1 month and the 30 year Treasury yield. At the beginning of the year (1/2/18) there was a 152 point difference. The steady narrowing is something to watch for. When short rates become higher than long-term rates, that normally indicates a recession is close at end.

Markets have been weakening. Right now we’re in a period of low activity because of the summer and the holidays. Should the S&P 500 and Dow Industrials continue to make new lows it could usher in a wave of selling by this fall when investor come back from vacation.

END_OF_DOCUMENT_TOKEN_TO_BE_REPLACED

Over the past two trading days, it has become more obvious that the markets are breaking down. The rally seen in the markets from February to early June has been very choppy and uninspiring. In addition the rally in the Dow Jones Industrials, Dow Transports, S&P 500, and NASDAQ have so far failed to bring it to new highs.

The Industrials yesterday closed below their 200 day moving average for the first time in almost exactly two years. Today, it closed right at the 200 day average.

As noted in my previous post, the S&P 500 closed right at support last Friday. I written that if it falls below it, it could usher in a wave of selling.

The NYSE Composite closed below support at the blue line drawn below for two days in a row. It’s rally since April has indeed been choppy. It is also below their 200 day averages. 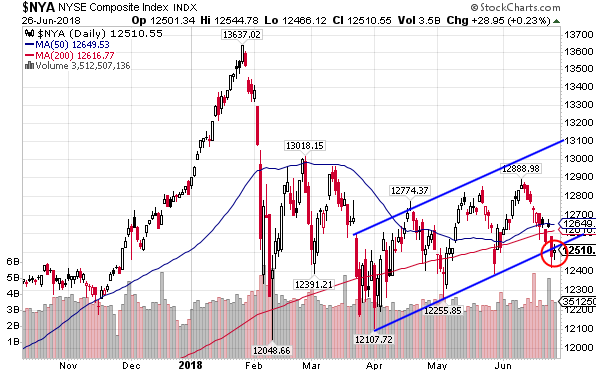 Despite the S&P’s failure to make a new high, investors overall are very optimistic. The Commitment of Traders data showed a 3.5 year high buying extreme. When traders are this bullish, it usually means that some sort of decline is near.

END_OF_DOCUMENT_TOKEN_TO_BE_REPLACED

INTERMEDIATE-TERM FORECAST: RALLY CONTINUES FOR A LITTLE WHILE LONGER, THEN A DROP

END_OF_DOCUMENT_TOKEN_TO_BE_REPLACED

The Dow Jones Utility averages, since hitting major resistance last week, have been tumbling ever since. In the financial media you wouldn’t know it as the rest of the equity markets have been climbing higher. In fact the NASDAQ on Tuesday made a new all-time high. The sentiment resoundingly is that of bullishness.

The Utes have lost almost six percent since the high last week. Today alone it lost two percent. The divergence between this index and the other equity indices is striking and likely is a preview of what’s in store for the markets as whole in the near future. 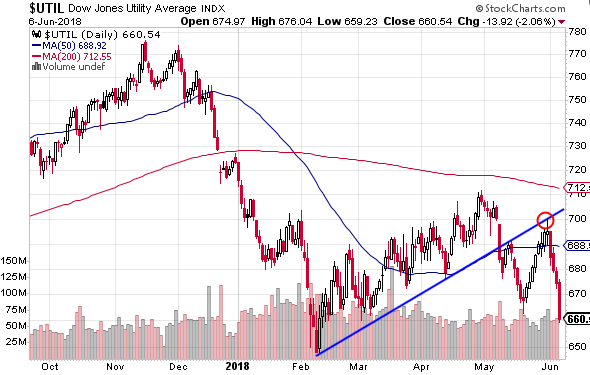 OEW: an Objective approach to the Elliott Wave Theory